I asked for a sign while sitting in Saint Columba's shrine, which is a power centre where two dragon lines cross, but got nothing... 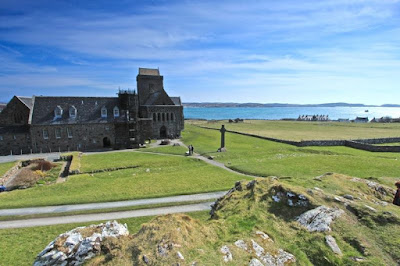 Iona Abbey and Tor An Aba 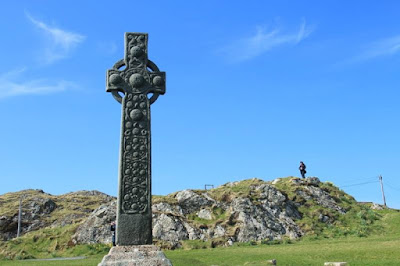 Next morning I'd forgotten all about this, but when I went outside I saw a corkscrew spiral of cloud in a clear blue sky, it was in the direction of Sithean Mor "The Large Fairy Mound" where it is recorded that Saint Columba had been visited by celestial beings in white who "flew down and spoke to the saint". 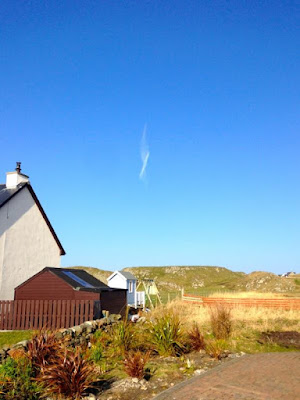 The cloud looked like a vortex in the sky over the mound. There are many other mystical stories associated with the mound concerning fairies and pagan rituals too. 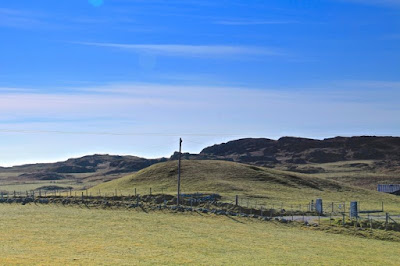 Sithean Beg, the large fairy mound,
centre of supernatural happenings and pagan rituals on the island

I walked to the mound and climbed up it and found a small circle of coloured stones up there like a little shrine. I could feel the power of this spot so I planted a quartz crystal there and called down a column of light to anchor the energies. I then noticed an alignment between the big fairy mound, the little fairy mound, and a distant rocky hillfort known as Dun Bhuirg, the only hillfort on the island, in which direction the cloud vortex had now drifted. So I did the same ritual on the little fairy mound and then climbed the hillfort and performed the ritual there too to connect the three places and energise the line. 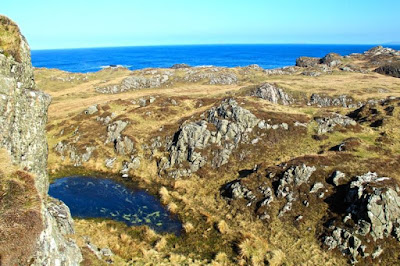 Pool near the top of Dun Bhuirg 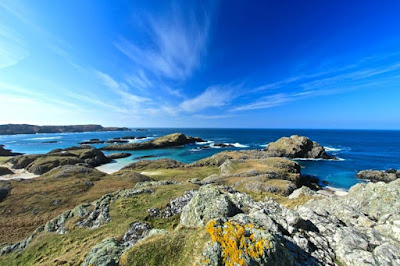 Whilst on top of the windy hillfort I could see Dun I in the distance, the highest hill on the island, and I had an image of a black Dragon rising from the top of this hill. I hiked overland through rough terrain and climbed Dun I. I climbed the cairn on the summit and found a black tourmaline crystal right in the centre. I was guided to remove it and replaced it with a clear quartz instead, then drew down the light while standing on top of the world with amazing views of the island in every direction! 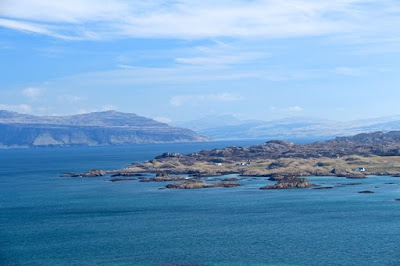 I paid a visit to the Well of Age which lies atop Dun I and it was there I discovered the card with the poem Desiderata on it.

Finally I went looking for Saint Columba's Chair which Gary Biltcliffe says is a rocky outcrop on the north of the island, a ley line he'd discovered called the Bran line runs through it. Incidentally Bran is the name of a black dragon I've been working with, a dragon called Bran and a dragon line called Bran, must be more than a coincidence! I found the location and it felt very powerful with an intense beam of energy, I anchored the energies there too, and left feeling satisfied with my day's work! 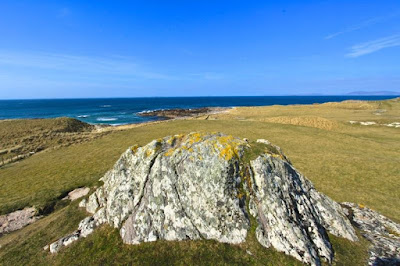 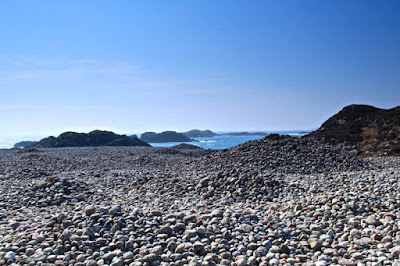 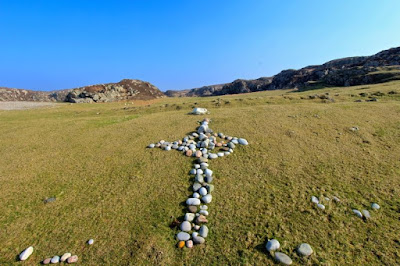 Rocks laid out in a Celtic cross in St Columba's Bay 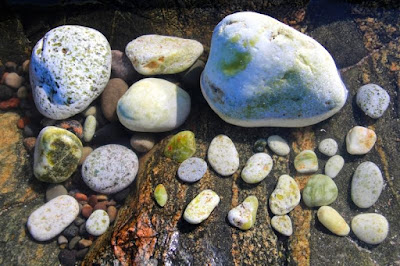 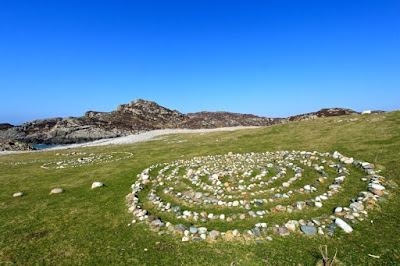 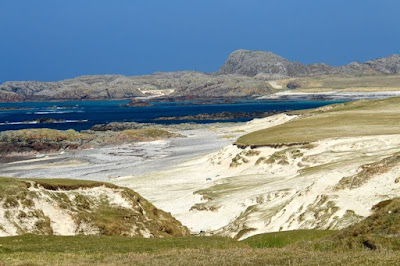