A hob is a creature from the folklore of the north of England. He is a household spirit who is quite helpful to the land owners until they do something to annoy him, at which point he either leaves or starts to make their life a misery by bringing terrible misfortune. He is portrayed as being small and shaggy haired, wearing either very rough clothes or no clothes at all. He is similar to the Scottish brownie or the Swedish tomte. 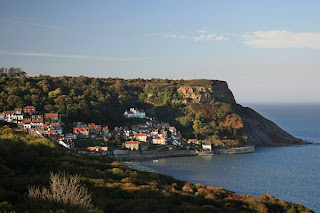 In the cliffs of Runswick bay on the north coast of Yorkshire there are some small caves called Hob Holes. In times gone by local people would bring their children to Hob Holes to cure them from the whooping cough by reciting this rhyme:


I first drove to the cliff top above Hob Holes and found an ancient trackway leading down to the beach. It was so overgrown with trees and bushes that it formed a kind of tunnel. It felt to me like some kind of processional way. 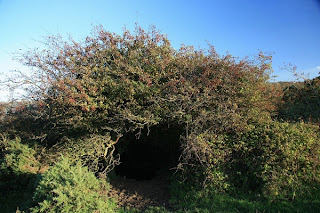 I followed it down to the beach and then walked along the misty shoreline until I found the caves. I was drawn to one of the caves and despite it's precarious looking condition I decided to enter. 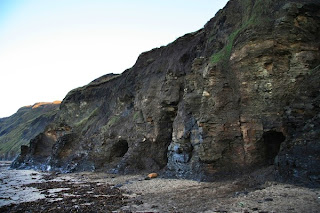 I crawled inside and then sat down at the end of the long damp tunnel, looking out at the shoreline. 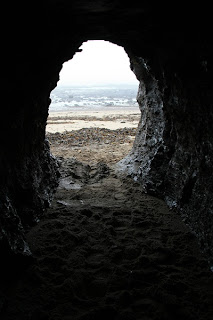 I had a vision of the hob coming to greet me. He looked more like the hobgoblin from a bottle of Hobgoblin beer than the hobs I had read about from folklore! He was short and had a long pointy nose and a droopy pointed cap. He didn't have much to say so I planted my wand into the sand in front of me and sent him energy. It seems that when spirits such as this are neglected they lose their power and start to fade away. I was bringing him back to life again! He seemed to be happy that people were going to start to take notice of him again...


I crawled out of the tunnel and continued on down the beach. It was a mysterious landscape of sand, seaweed and seabirds. 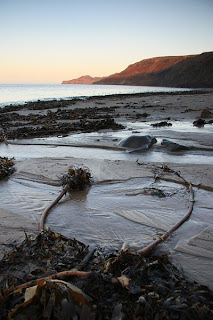 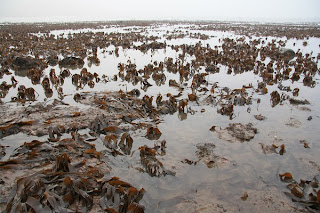 I followed a steep gulley inland into a totally wild landscape, the tiny watercourse led me deeper into the undergrowth until eventually I could go no further. At that point I found a small fossil lying in the streambed.


Up on the clifftop the mist was clinging to spider's webs, covering them in dewy gemstones. 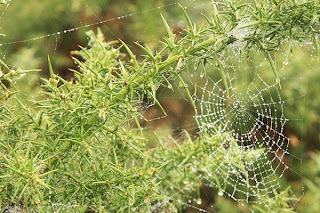 Love that you sent him energy:-)

Those of us not blessed with wands and such that have a friendly hob in residence , how else can we prevent him from losing his powers and fading away?

I would say, just believe in him, and leave him offerings of milk, porridge or honey! :)

Hello. Hobgoblins are so cute; their cousins the Brownies are cute too! I love reading about these sweet sprites.

The shale cliffs at Runswick Bay are incredibly dangerous and people should be warned to keep their distance. I hope no-one is hurt if they are encouraged to enter hob holes through reading your account.