Cottingley Beck in Yorkshire is where the famous photos of fairies were taken in 1917-18 by two girls, Frances and Elsie. Sherlock Holmes author Arthur Conan Doyle believed in the authenticity of the photos and had them tested by Kodak who confirmed that the negatives had not been tampered with.

The bridge near the housing estate, where I entered the hidden world of Cottingley Beck 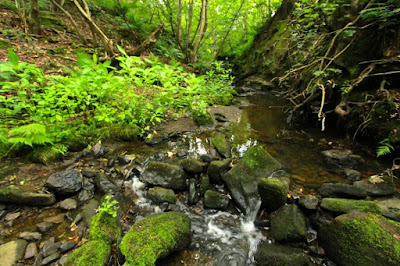 Wading down through the waters of Cottingley Beck 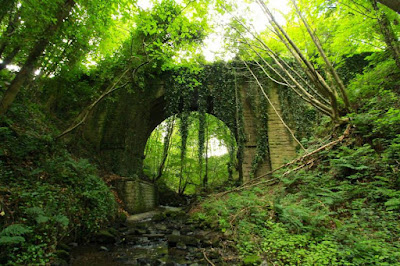 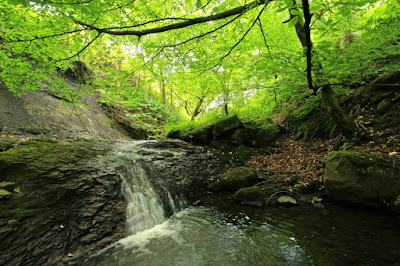 As adults the two women maintained for decades that the photos were real, but under intense pressure and ridicule they finally admitted in 1983 that most of the photos had been faked, although Elsie maintained that the fifth and final photo was real. 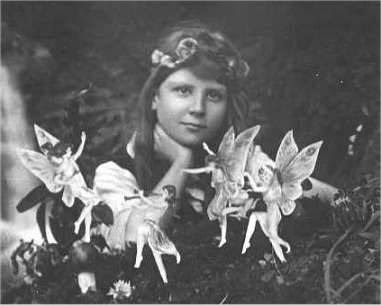 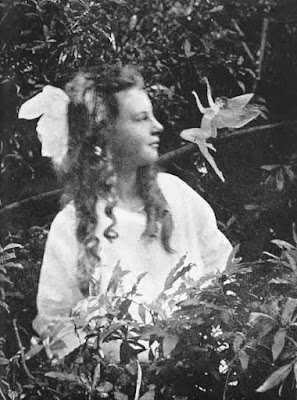 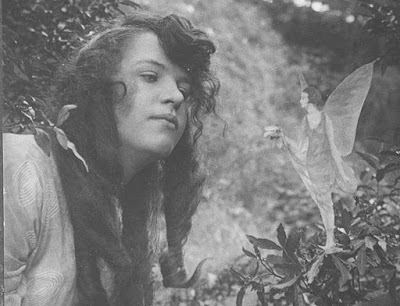 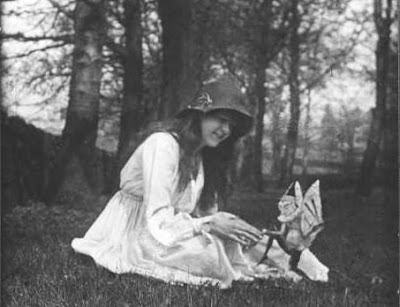 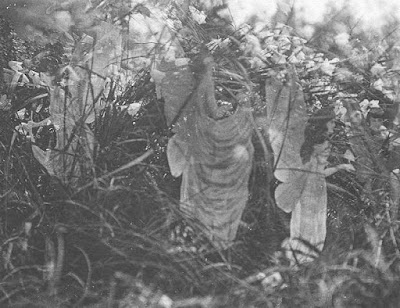 The fifth and final photo, perhaps the only 'real' photo?

Both women maintained that they really had seen fairies though. No conclusive evidence of the faking has ever been found. If it was a hoax then it was a particularly ingenious one that fooled many experts, one wonders how two little girls could have achieved this?

Maybe if the images were captures accidentally then i'd be a little less sceptical. Its not that I don't believe, just that it seems too staged here.

Is that waterfall further upstream from the bridge? Possibly in the part of the beck behind Titania Close?