Legends of Snowdonia – Fairies, King Arthur, Merlin and a giant!

A couple of days ago I visited a place I've been wanting to go to for a long time, Mount Snowdon! Mount Snowdon (Yr Wyddfa) in North Wales is the highest mountain in England and Wales. It has been a magical kingdom since ancient times, the haunt of fairies and spirits. But since Victorian times there has been a railway line all the way to the summit, which has impacted somewhat upon its remote and mystical atmosphere. North Wales is home to the Tylweth Teg, the magical fairy people of Wales, as well as being home to the Pendragons, the dragon kings of Britain. 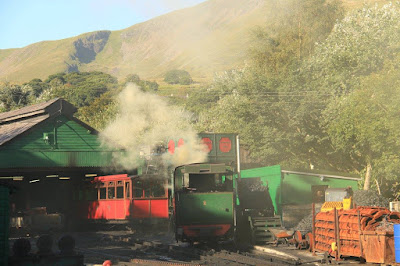 I took the train up there this week, a hot August day, and was amazed by the amount of everyday people who were making the arduous climb to the summit on foot, a hike of several hours. It was like a modern day pilgrimage to a sacred mountain, though today people simply go to climb this iconic landmark and to admire the spectacular views.

I had never been up Snowdon before and I found the views from the top to be absolutely amazing, one of the greatest panoramic views I’ve ever experienced, the kind of view you can only get when you’re on the highest of mountains! 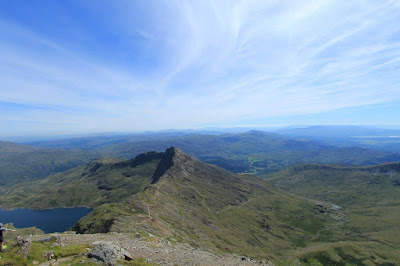 View from summit of Mount Snowdon

The whole mountain range of Snowdonia is laid out before you, as well as the entire Llyn Peninsular, the whole Isle of Anglesey, with the sea circling all around. I was really not prepared for such a view, it took my breath away! 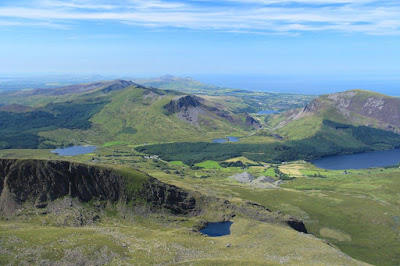 View from summit towards the Llyn Peninsula

However, I was not here for the views, I was here to investigate the magical places that are hidden away on the mountain. The first that I spotted was from the train window, Llyn D’ur Arddu (The Black Lake of Arddu) where fairies have been seen many times dancing on the shores of the lake. But unfortunately I didn’t have time to visit it on foot on this trip as I was going to be hiking down the other side of the mountain. 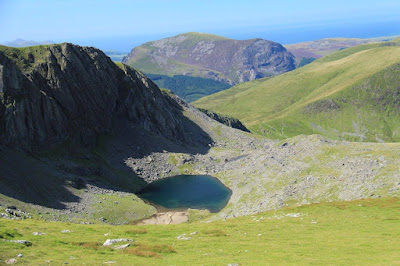 The summit of Mount Snowdon was once topped by a huge cairn where a giant named Rhita was said to be buried. This giant had a cloak made from the beards of the kings he had killed, but he was eventually killed himself, by none other than King Arthur! Unfortunately the cairn was destroyed in Victorian times to make way for a tower. 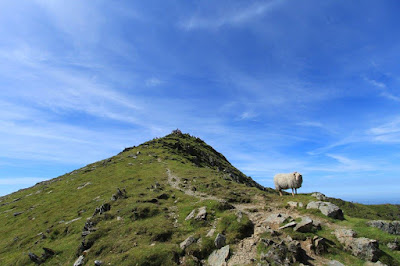 Summit of Mount Snowdon where the giant Rhita was buried

I climbed to the Eastern edge of the summit and then got my first view of the two lakes that were the main objectives of my journey. Glaslyn (The blue/green lake) lies just below the summit. 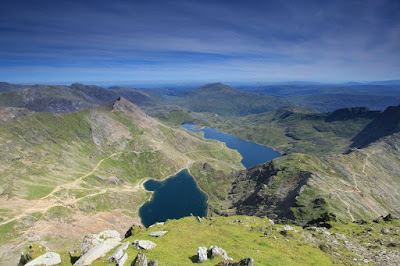 View of Glaslyn and Llyn Llydaw from Snowdon summit

A shepherd once helped a fairy woman here by lending her his shirt to wrap her baby in, ever afterwards he was rewarded by the fairies with silver coins until he became a rich man. Another story concerning this lake is that a terrible water monster known as an avanc was captured far away near Betws-y-Coed and then dragged here by a team of oxen before being released into this lake. The story covers many features of the local landscape during the journey and makes me think of the songlines of the Australian Aboriginies. Perhaps the ancient Britons once had their own songlines too? 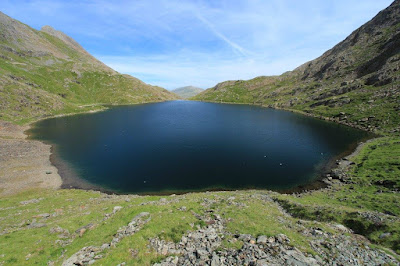 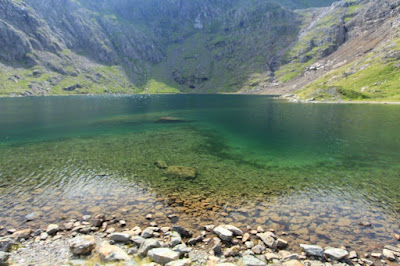 The lake beyond Glaslyn is called Llyn Llydaw and it is said that King Arthur’s sword Excalibur was cast into this lake before his body was taken over the water to Cwn Dyli where he and his knights now lie hidden in a secret cave.

To the south of Snowdon is a valley called Cwm y Llan where a shepherd once rescued one of the Tylweth Teg who was trapped under a rock. He was rewarded with a magical walking cane which ensured that all his ewes gave birth to two healthy lambs each year. 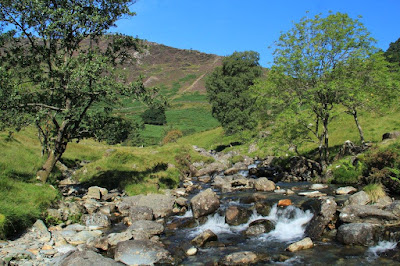 Not far from Cwn y Llan is the hill know as Dinas Emrys (The Fort of Myrddin Emrys) where King Vortigern, after fleeing the Saxons, once tried to build a fortress. The boy Emrys was brought in to be sacrificed as the fortress kept falling down, but instead of being killed Emrys told the king that his problems were caused by two dragons fighting under the hill. They dug down and released the two dragons that were trapped in a cave, a red dragon and a white dragon. The red dragon then fought and chased off the white dragon, which was said to represent the red dragon of Wales triumphing over the white dragon of the Saxons. To this day the red dragon is still the symbol of Wales. Emrys grew up to become the famous wizard Merlin. 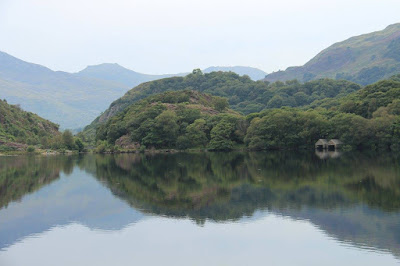 I sat and meditated by the nearby lake known as Llyn Dinas (Lake of the fort) and could see Dinas Emrys reflected in the water. The lake is said to be home to a dragon, while Dinas Emrys is Dinas Affaraon, the sacred city of the pheryllt, the mystical alchemical druids. 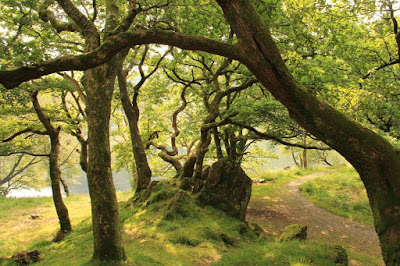 Another site where the fairies are said to dance is Llyn Cwellyn, to the southwest of Snowdon. A shepherd was once tending his flock on the slopes of Moel Eilio when he found and captured a fairy woman. She agreed to marry him on condition that he never struck her with iron. One day the inevitable happened and he accidentally tapped her with his horse’s stirrups and she was never seen again. In another version of the story he did get to see her again, but was condemned never to walk beside her, and so could only communicate with her from afar. She appeared on an island on Llyn-y-Dywarchen and he had to communicate with her from the bank of the lake. I found Llyn-y-Dywarchen to be a most magical place and could sense the fairy magic emanating from the tiny island.

Another unfortunate man entered into a fairy dance near Llyn Cwellyn and was transported to fairyland for seven years, though he thought only a few moments had passed. When he returned his friends didn’t recognize him and his sweetheart had married someone else. Unable to adjust he died of a broken heart. 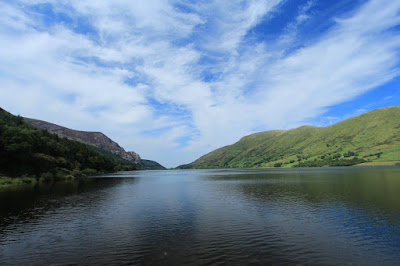 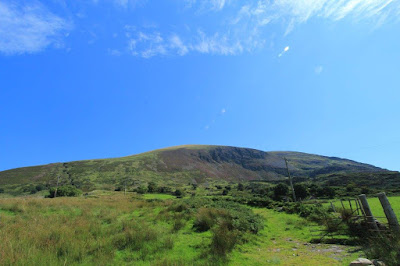 So be careful when walking through the mystical mountains of Snowdonia, the fairies are not always friendly, there are dragons and monsters in the lakes, and giant might just want to steal your beard!