Today I'm in Iceland and I've been studying with Magnus at the Elf School! Magnus told me many stories about encounters with the elves, told me about some more magical places to visit in Iceland and showed me the rocks and mounds in Reykjavik where the elves still live. So I headed down the coast to Vik taking in some interesting elf locations along the way. 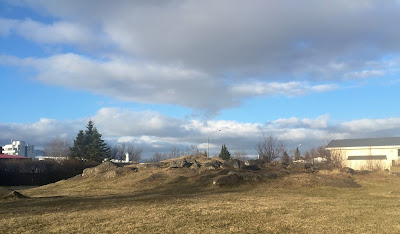 This location has more elf stories associated with it than anywhere else in Iceland. On one occasion they actually tipped over a large cement truck for driving over the edge of their mound! 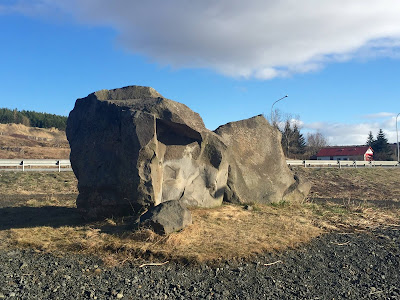 The construction of this highway had to be halted due to all the trouble being caused by the elves. After a week of negotiation with the elves they finally relented and allowed the constructors to move the stones fifty metres out of the way, so here they still are! 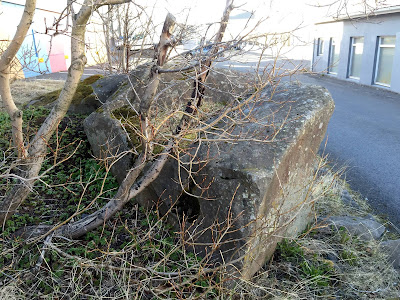 An elf came in a dream to a local farmer and told him not to harm this stone. When the new owners of the chicken farm decided to extend the barn and destroy this stone the chickens stopped laying eggs, hundreds of them! It lasted for weeks and was in all the newspapers as the 'chicken farm strike'! Scientists and others sent to investigate were baffled. Eventually the new owners relented and decided not to destroy the stone, and the chickens soon started laying again. 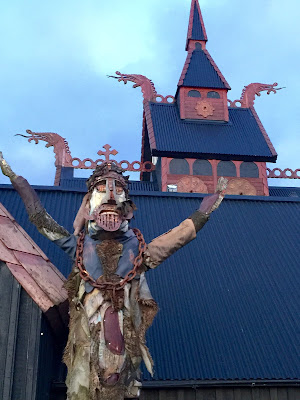 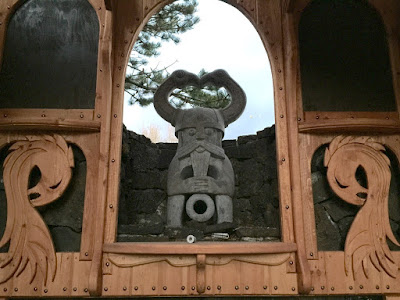 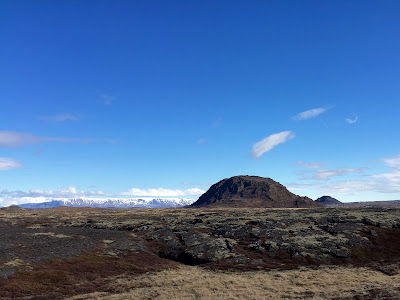 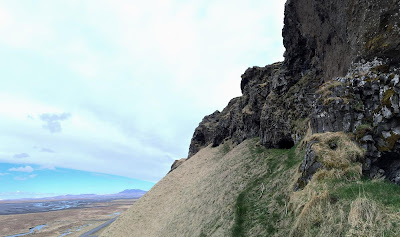 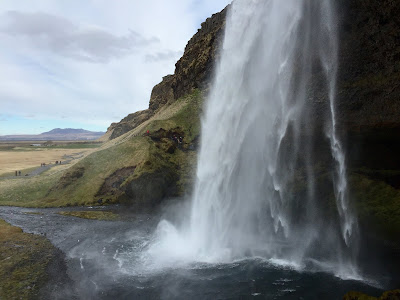 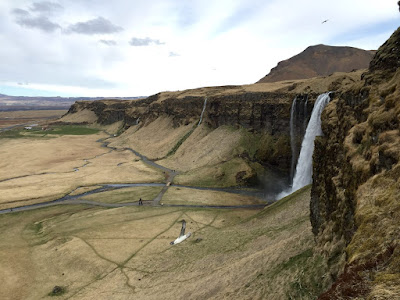 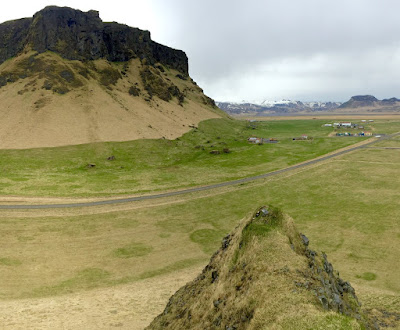 Magnus told me about elves living in these cliffs

The story at Vik is about some fishermen who used to fish out in the bay, but the conditions there were quite treacherous so it was not uncommon that somebody would drown. One day a new fisherman joined the crew after just such a drowning, but he was different, he had the sixth sense and could see the elves. Each day he would watch the elves pushing their boat out to go fishing, and he would wave to them and say good morning.

One day the fisherman noticed that the elves were not putting their boat out and he warned the other crew members that something must be terribly wrong if the elves are not fishing. They had a vote and decided not to go out that day, but unfortunately their boss would not hear of any talk of elves and so he forced them to go out fishing. 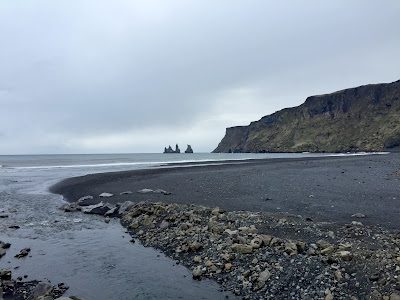 The bay at Vik where the elves used to fish

The crew were afraid and so didn't go out far and kept close to the shoreline. Very soon an incredible storm blew up out of nowhere! The storm raged for a couple of days but the crew managed to make it to shore and took shelter. When they finally made it home their friends looked at them like they were ghosts because they were convinced that they must all have died out there.

Their boss was very sorry and said that he would take note of the advice of the elves in future, which he did, and so no one from Vik ever drowned again.

Although one day the elves did not go out even though the weather was fine with a clear blue sky. So the boss made them go out fishing that day and they fished all day and didn't catch a single fish! How the elves laughed at them when they got back, they knew there wouldn't be any fish out of there that day. Will the humans never learn!

This story took place at the beginning of the 20th century and was collected by Magnus from a first-hand account. He has been collecting these stories for many decades and has recorded thousands of interviews with eye witnesses during this time.

When I visited the cliffs at Vik I found a flat wall that appeared to me like a portal. I meditated there and had a vision of entering the cliff and passing down into the underworld through a cave. I had a vision of Fingals Cave on the Isle of Staffa near Iona, with the hexagonal basalt columns all around it. 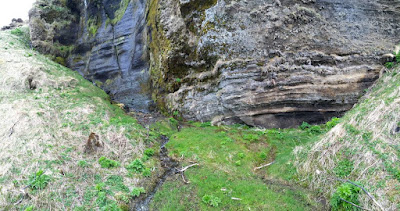 Portal to the Otherworld...

Not ten minutes after having this vision I noticed an information board which told of exactly such a cave in the next bay! I quickly drove around there and found the cave known as Hálsenefshellir which was indeed composed of hexagonal basalt columns.

The cave has a legend associated with it telling of selkies that used to gather in there and leave their sealskins lying outside. One day a local man found them and stole one of the skins, when he came back the next day he found a naked woman looking terribly unhappy. He took her home and eventually they were married and had seven children, but inevitably one day she found her sealskin and returned to the sea. She quoted this rhyme:

"Woe is me!
I have seven children in the sea
And seven on land."

She never came back to her husband but was on occasion spotted in the ocean looking towards her children on the land.

Quite a find, and a really magical place! 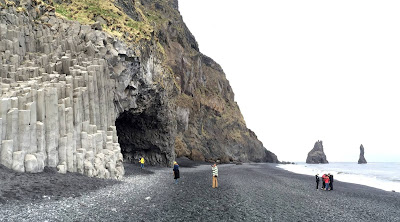 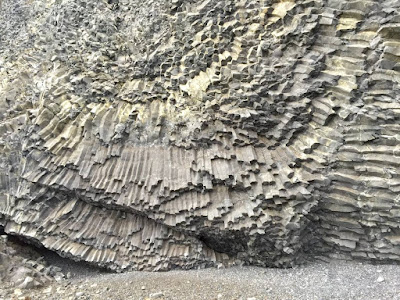