Discovering sites associated with St Fillan around Perthshire, Scotland. Celtic saints were more like sorcerers than holy men. St Fillan used to read at night using a light that beamed out of his hand, he had healing stones and performed all kinds of miracles and magic! 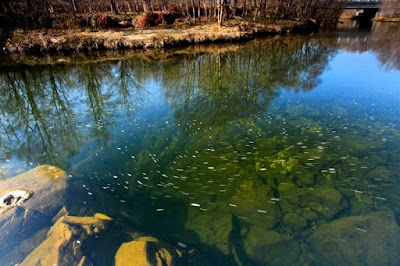 At St Fillan's Holy Pool, men and women used to bathe in separate pools just before the first quarter of the moon. Cures, especially for madness, could be obtained by bathing in the pool, picking up 9 stones from the river bed, then walking to a nearby cairn and walking 9 times deiseal (sunwise) around the cairn, dropping one of the stones on it each time around. The patient was then taken to St Fillan's Chapel where he was then tied to a special stone and had St Fillan's Bell placed on his head. He was left there for the night and if the ropes had loosened by the morning he was said to be cured! 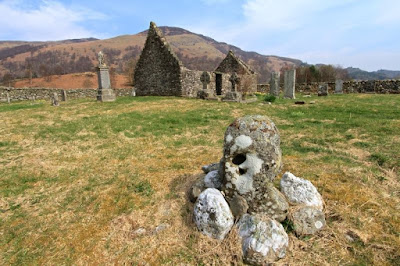 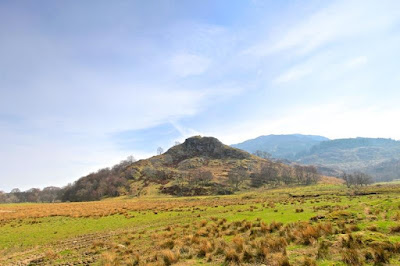 Dundurn Hill used to be a powerful Pictish settlement,
on the top can be found St. Fillan's Seat 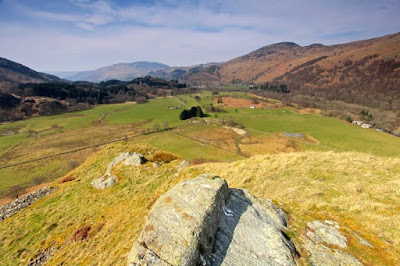 "The rock on the summit of the hill, formed, of itself, a chair for the saint, which still remains. Those who complain of rheumatism in the back, must ascend the hill, sit in this chair, then lie down on their back, and be pulled by the legs to the bottom of the hill. This operation is still performed, and reckoned very efficacious." The cure is supposedly most efficacious on Beltane (1st May). 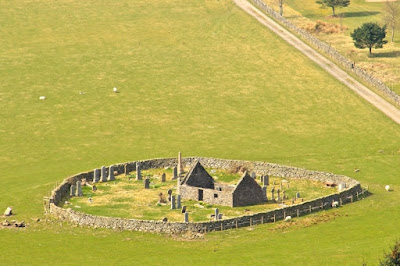 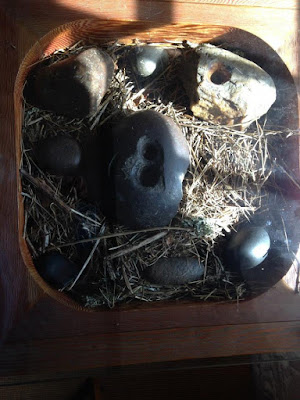